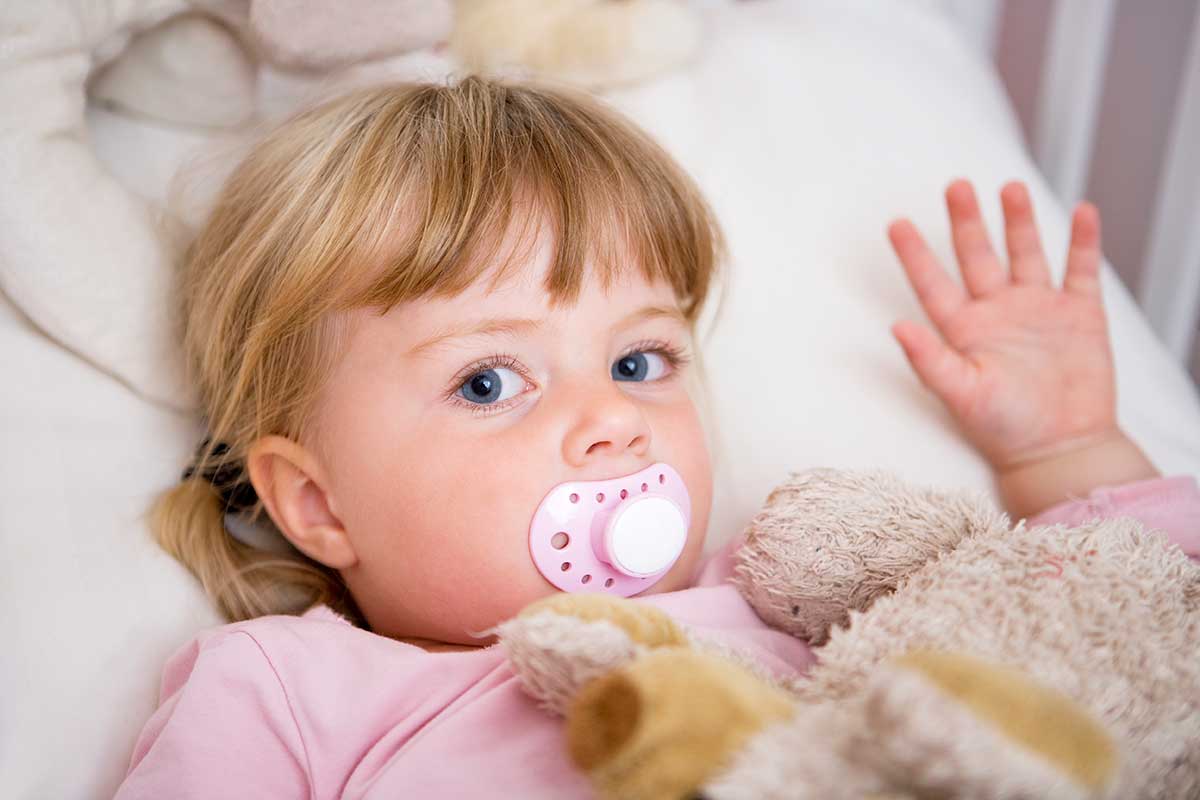 Oh, the pacifier. As a mom, you may find the paci can be your friend or your enemy. Here are some tips on helping your toddler ditch the binkie.

Leave it in the bedroom. Try fighting just a few battles at a time. Start with a ‘bedroom only’ rule for the paci. Once they are awake and out of bed, no more paci.

Fight the nap battle first. Instead of taking the pacifier away cold turkey, try taking it away for just naptime first. It will be hard the first nap, and then a little difficult for the week following, but then your little one will be napping without a paci like a pro.

Bury it. I recently had a friend who took her son to the Build A Bear store to put his binkie in the fluff of the new bear that he got to pick out. They positioned the pacifier so that he could still feel it in the foot of the bear. That night, when they went to bed and he asked for his paci, she reminded him that it was in the bear’s foot and all was well.

Send it to the sky. Pop that paci in a balloon and fill it with helium. Have a big to-do during your midmorning routine and send the paci flying in the sky.

Give it away. One of my friends convinced her daughter to give up her paci by asking her to “donate” her pacifiers to her cousin-to-be. She was so excited to give her cousin a present, so they spent some time in the afternoon wrapping up her pacis and mailing them off to the expectant mom.

There’s a fairy for that. Did you know there’s a Paci-Fairy? Neither did I. But, apparently she can come during a nap time and take the paci away, only to leave an awesome gift for a big kid, a little trail of glitter, and a treat.

Buckle down. We weren’t ‘cry it out’ parents, so we had to mentally prepare for the first night without the paci. After we had went about a month without the paci at naptime and after we talked about getting rid of the paci with our son for about a week, we finally just did it. My husband and I took turns going in his bedroom, soothing him, encouraging him and just loving him. He was asleep within about 20 minutes. The next night, he only asked for his paci once and didn’t cry. The second night, the paci was forgotten.

No matter which tip works for your toddler, the power lies with you, Mama. You can do this, and you will be surprised and amazed as you watch your little guy or gal grow up right before your eyes. Stay strong, Mama!

The Value Of A Tattle Tale