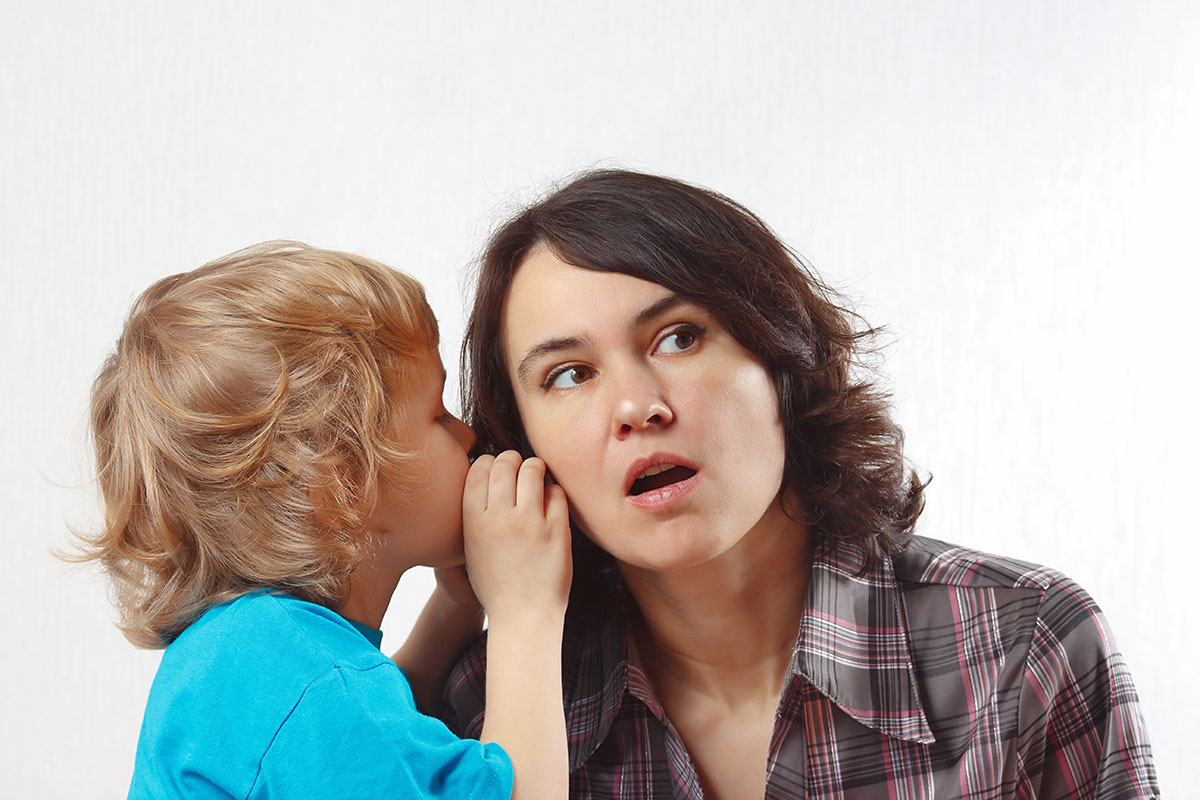 One of the behavior issues I often hear about in my circle of mom friends and in the preschool drop off line is how do we get our kids to stop telling on each other for every little thing that happens. As the mother of a four year old, I’m keenly aware that my daughter has a tendency to come home from school and recount stories of every child that didn’t listen when the teacher said stop talking, every child who took three cookies during snack instead of two and every child who didn’t get in line when it was time to go. In fact, most of what my child tells me about her day at school involves stories about what other kids did wrong.

Unfortunately, I’m caught in difficult situation because I secretly like the fact my daughter is a bit of a “rules girl” which makes her sort of a tattle tale…

Yes, I know if my daughter doesn’t stop telling on her friends, soon she won’t have any. And I understand the need to teach her some flexibility, and that it isn’t the end of the world if her friend took an extra few seconds at the drinking fountain. Actually, her obsession with rules and structure concerns me a bit more than her tendency to tell on EVERYONE, including my husband and myself, but that’s a different topic. The truth is, the fact she’s a bit of a tattle tale benefits me tremendously right now.

For starters, because my son is such a mischievous toddler, I need my daughter to help me keep tabs on him. Just in the last week my daughter came to inform me when my son started filling our toilet with toy balls, when he ran off with my cell phone and stashed it in his toy box, when he climbed in the kitchen sink and turned the water on, and when he got a hold of a permanent marker and begin drawing on his face. Without my daughter, I’d have a clogged toilet and a two year old son with a fu man chu. How am I supposed to explain to her that I need her to tell on my son when she senses he’s even thinking about doing something wrong but she needs to look the other way when her friends take extra cookies or cut in line? At four, she doesn’t really grasp the concept of “just tell me when it’s really important or someone might get hurt.”

But beyond that, I actually don’t have much of a problem with her tendency to tattle. On the contrary, I think her respect for rules and authority is kind of admirable. When I drop my daughter off at school, take her to a play date, or run into other families while we’re out and about, I never worry about whether or not she’ll be well behaved. I know she will. And on top of that, other parents like it when she comes over because she makes their children behave as well. Those aren’t necessarily qualities I want to discourage.

Sometimes I think kids who tattle on other kids get kind of a bad reputation. Yes, it can get a bit excessive, but is it the worst thing to have a child who follows the rules and expects other kids to as well? I only wish some of her desire for structure and order would rub off on my son!

About This Blogger: Jen Gehring
When she’s not managing political campaigns or teaching law classes, Jen Gehring enjoys spending time with her family, including her two young children. A fashionista and recovering-perfectionist, this busy working mom uses her precious seconds of free time to run, sip wine, and escape into reality television. She’s been a freelance writer for the last five years.

Exclusively Pumping: What You Need To Know